In response to a fentanyl overdose death in Langley and concerns raised about suspicious behaviour at Innes Corner Park in Langley City, Langley Drug Section conducted an investigation to identify the individuals responsible for trafficking Fentanyl in the area.

On November 24th, a female Langley resident in her 50’s was arrested who is believed to be operating an open air drug market at Innes Corner Park. This elicit drug market was specifically targeting our community’s most vulnerable and disadvantaged people. It was operating with complete disregard for the health and safety of those suffering with addiction as well as for those citizens operating lawful businesses in the area. 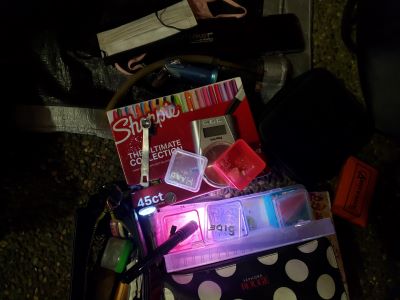 The suspect was essentially operating an outdoor distribution point equipped with bulk amounts of suspected fentanyl, crack cocaine and methamphetamine along with a weigh station for the drugs.

Langley RCMP Drug Section remains committed to ensuring a safe environment for merchants and patrons in the downtown Langley City core as well as that of Langley’s most vulnerable and marginalized community members. This investigation is ongoing.